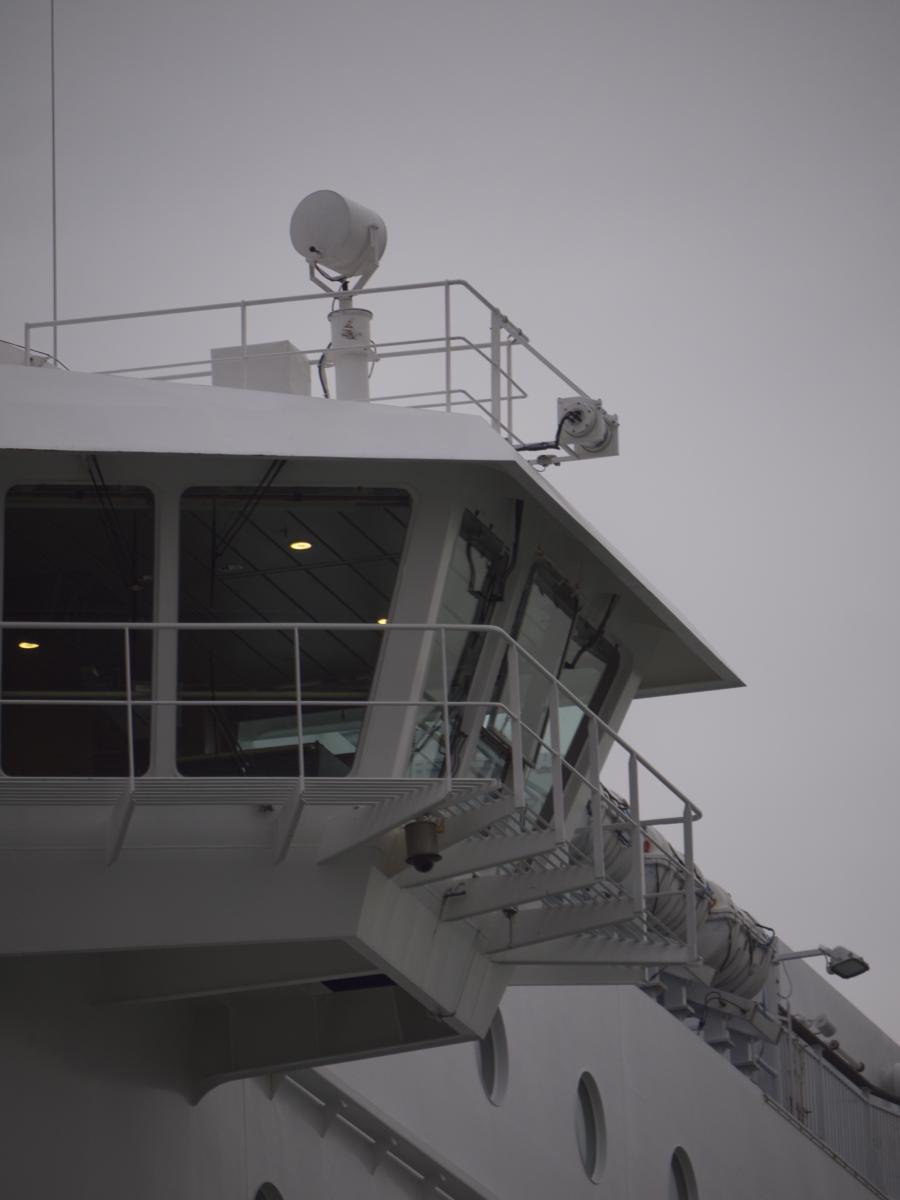 The ISAR operations moved to the Brittany Ferries M/V Pont Aven in October 2012. In contrast to the two previous ship installations the instrument is now located on the port side of the ship.  As shown in the image on the left hand side the instrument installation is again on the bridge roof, wit all the electronics (i.e.: logging computer iridium modem) located in a junction box which can be seen in the image just behind the search light. The move back to a bridge roof installation after the Cap Finistere's installation on the bridge walkway was done for two reasons: Firstly to avoid being in the line of sight of the bridge to not interfere with ship operations and secondly to make the installation as self contained as possible.

The Pont Aven is operating on a similar route as the Cap Finistere and the Pride of Bilbao, with two crossings to Spain a week. However it has a slightly different pattern than the Cap Finistere as it alternates between Portsmouth and Plymouth for the UK Port of call with a crossing to Roscoff and Cork in between the Spain trips.